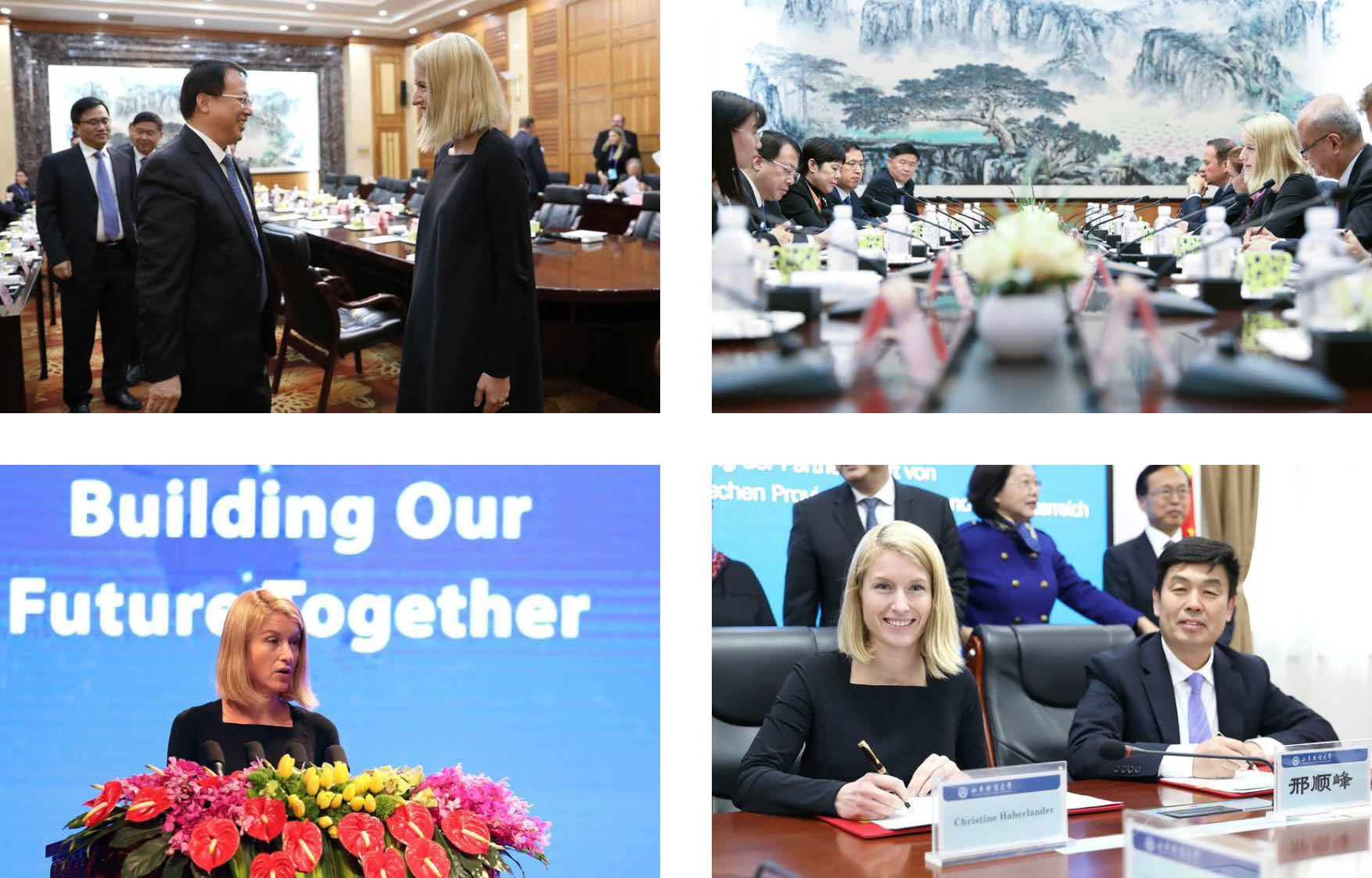 Deputy Governor of Upper Austria, Christine Haberlander, traveled to Shandong on behalf of the Governor to hold a meeting with Gong Zheng, Deputy Secretary of the CPC Shandong Provincial Committee and Governor of Shandong Province. Upper Austria also to took part in the “International Friendship Conference” in Jinan with participants from over 30 countries and signed an exchange cooperation agreement with Shandong University of Finance and Economics. Read more here…

Gong Zheng welcomed and thanked Haberlander for attending the Shandong International Friendship Cities Conference for Cooperation and Development, and briefly introduced the economic and social development of Shandong to the delegation. He said that Shandong has enjoyed a sound momentum of high-quality development. The province is well-positioned to expand cooperation with Upper Austria. Shandong welcomes companies from Upper Austria to participate in the major program of growth drivers transformation in Shandong, and carry out cooperation in such areas as machinery manufacturing, auto parts production, steel smelting, and new energy. The two sides should establish long-term communication mechanism and advance exchanges in technology, business, culture, tourism, and sports to pursue more practical cooperation. He hoped that both sides could support each other and make the 10th and the 11th Regional Leaders’ Summit successful.

Haberlander thanked Shandong for the invitation and spoke highly of the achievements of friendly exchanges and cooperation between the two sides. She said that Upper Austria will enhance cooperation with Shandong in education, energy, and economy to make new progress in friendly cooperation. Vice Governor Ren Airong attended the meeting.

Haberlander also gave a speech at the “Culture and Tourism Promotion Event”. 89,000 tourists from China come to Upper Austria every year and provide 120,000 overnight stays. A separate QR code was designed especially for Chinese tourists to inform and give feedback in Chinese language in the so called „WeChat“ app.

A student exchange cooperation agreement was signed while visiting Shandong University of Finance and Economics. There is great interest in Upper Austria`s dual training system. A delegation from Shandong will visit HBLA Elmberg in Upper Austria as early as the end of October.